Ever wondered who thought up of the idea for the Beatles Xmas Fan Club messages? Well, it wasn't the Beatles themselves, that's for sure. Nor was it Brian Epstein. In fact the person who came up with the idea was Tony Barrow. The great moment of inspiration came about in a number of ways: first off, the Beatles Fan Club had a deluge of fan mail where on average they were three weeks behind in answering back to the fans. This created problems in terms of "efficiently responding back" to those fans as well their own 80,000 "Official Fan Club Members." Tony Barrow became acutely aware of the problem, so what to do? Well, Tony recalled how the Queen always delivers her Christmas message to her subjects every year on the December 25th. Presto! Why not have the Beatles do the same for their fans but send it out on a record just before Christmas?

This is where we take a brief research detour, added 13 Jan 2005. In his excellent book "John Paul George Ringo and Me" published in 2005, Tony Barrow states on page 104 that rumours to the effect that the Queen's Christmas Day broadcast was his inspiration for the fan club Christmas records were completely untrue. ""Presto!" I was supposed to have said. "Why not have the Beatles do the same?" Well Tony, those rumours were not a product of this site, as you indirectly suggest by the use of my exact words in my previous paragraph. No, the "rumours" came from your own mouth. Listen to your interview with Brian Matthew on BBC radio from December 26, 1983. Now, back to the story...

Tony Barrow decided to approach Brian Epstein on the idea. Brian more or less shunned it down because he felt it was going to "cost the Beatles" more in the long run to finance the singles as a gift to their fan club members. However, Tony was not disheartened by Epstein's opinion on the matter. Tony then decided to talk to the Beatles about the proposal to which all four musicians thought it a great idea! The Beatles then talked to Brian Esptein about the merits concerning Tony's idea. Needless to say, Brian had no choice but to now agree since it was being sanctioned by John, Paul, George and Ringo.

And so the Beatle Fan Club Members got their first Beatle Xmas message in 1963. Bet you all thought (for those who have heard it) that the Beatles wrote the the message themselves for their fans? Wrong! In fact the first three Xmas messages were more or less scripted by Tony Barrow with the idea that the Beatles "ad-lib humor" might prevail along the way as they're reading it (ie: one of the boys goosing another one or whistling the queens anthem are a couple of examples Tony refers to).

Interestingly enough, the first three Beatle Xmas records -- that is, 1963, 1964 and 1965 were all recorded at EMI studios at the end of their recording sessions. By 1966, the Beatles took a totally different approach to their next Xmas message. Mainly Paul McCartney's idea, the recording of this message had quite a few firsts for itself: First of all, it was to be "Pantomime" - an idea Paul came up with as opposed to the usual "happy greetings and Xmas goodwill" found on the previous three Xmas messages. Secondly, the record became the first Xmas record to be double-sided. Thirdly, the sleeve cover was done in color for the first time! Fourthly (and a bit of surprise here for this fan), the Beatles recorded this message at their publishers studios...that's right, in Dick James' studios in 1966! A departure here for the Beatles since they previously recorded their Fan Club messages after a recording session. The Xmas recording was approached from a "production" point of view - the first time the Beatles decided to record their Xmas message that way.

The Beatles Xmas message for 1967 brought in a satirical humor based on radio and television. No information is given here from the BBC broadcast as to where it was recorded (although I suspect it was back in EMI studios for this one). And if I may digress for one moment here on the subject of Xmas albums from the fabs, it is on this same BBC broadcast where Tony talked briefly about the death of Brian Epstein and the profound impact it was having on Paul McCartney. Paul called an emergency meeting (within one week after Brian's death) at his Canvendish home and Tony Barrow was there a hour before the other three Beatles were to arrive. Paul told Tony that he felt that the band may not be together again as a band after the next trip to India. For this reason, Paul decided to hold an emergency meeting to discuss future Beatle plans which now included his movie idea: "Magical Mystery Tour". From Tony Barrow's viewpoint, this gave Paul a chance to develop his management skills and give the Beatles some direction for their music.

In 1968, the Beatles were not working together (due to problems within the band) on their Xmas messages but instead they recorded "separate messages" to be "edited together." The lucky person who got to do this envious task of producing and editing was none other than Kenny Everett. Basically, Ken took the recordings back to the BBC radio and did some special mixing which still gave the impression of Beatles doing another great fan club message. But in the1969 Xmas message, Kenny Everett's efforts were more constrained by the lack of input from George Harrison - who only spoke a mere 6 seconds on the record and Ringo, only a mere16 seconds - made the Beatles last Xmas message appear far less of a group effort at all. Once again, this record was mixed by Kenny Everett using some musical files from the BBC library to help pad out what was to be the Beatles last Official Christmas Fan Club Record.

An interesting history behind the Beatles Christmas Album. And I still play my copy around Christmas time! 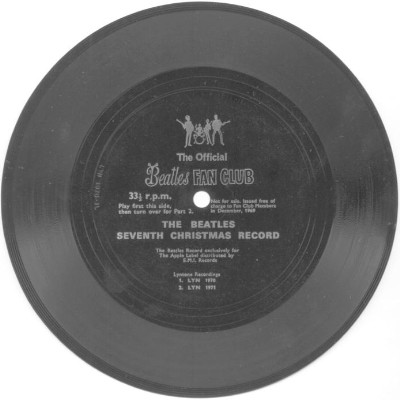 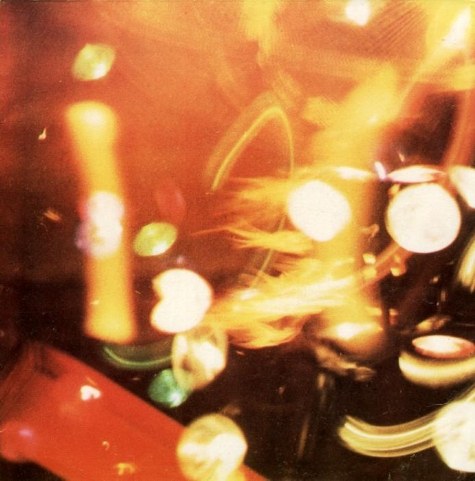 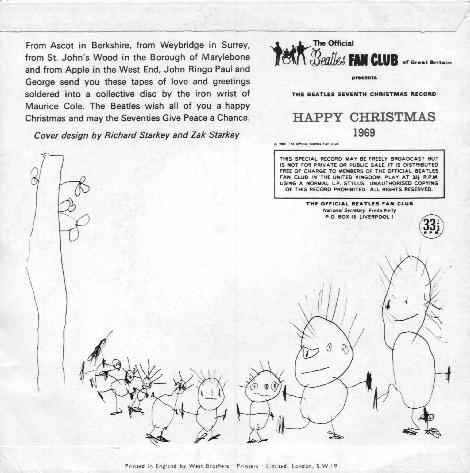