About the Ottawa Beatles Site


Music on this site courtesy of Bryan Anthony 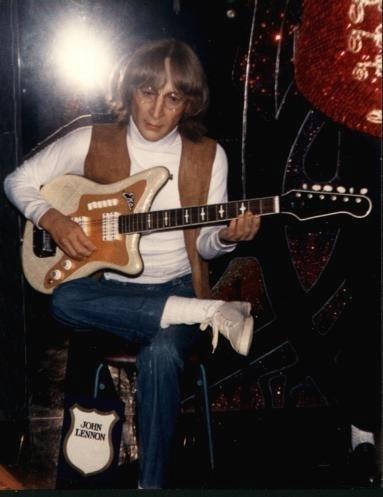 If you are a fan of the Beatles, this site is yours to explore, enjoy and support. We keep in touch with other Beatles organizations in Canada, and are happy to publicize their activities. We specialize in historical information and interviews with the Beatles and their associates. Some of the historical information was culled from a few local newspapers, most noteworthy are The Ottawa Citizen and The Ottawa Journal. We would like to thank the good folks at The Ottawa Citizen for allowing us to reprint many of their articles as reported in their paper over the years. As of late, the Ottawa Beatles Site has also contributed several news leads to the Citizen (see one example listed below). While the Ottawa Journal has been defunct now for several decades, their articles were as equally impressive and entertaining to read. Their reports are listed under "Articles of Historical Interest".

The first Ottawa Beatles Convention was held September 9, 1995 at the Ottawa Congress Centre. Over 1200 people attended that day from as far away as Toronto, Montreal, Quebec City, and the U.S.A.. There was a Beatles museum and gallery, a video room, a dealers' area and live Beatles-influenced bands performed throughout the day. In keeping with the theme, "Cavern Days", Pete Best, the original Beatles drummer and his band from Liverpool, performed and made a personal appearance. Also, there was a kickoff show at a local club, much like The Cavern, called The Cave. Beatles films were shown at the Mayfair Theatre that weekend. It was a great success and there have been many requests to do it again next year.

Therefore, The Ottawa Beatles Convention committee members have decided to do just that. We are already planning next year's convention with many exciting surprises. We're really just a group of fans, like you, who felt it was about time that Ottawa had its own Beatles Convention. With the help of over 50 volunteers, we succeeded in putting on the first Beatles Convention in Ottawa. For us, the most gratifying part was that we were able to bring together so many Beatles fans of all ages (we were surprised at how many teenagers and young adults participated and attended, which proves just how timeless The Beatles and their music are); a cross- section of people and how we were able to connect with each other. We proved that there were a lot of Beatles fans in this area and the potential for future events.

Of course, 1995 was a good time to start an Ottawa Beatles Convention, because as you know, this is going to be a very big Beatles year with the long-awaited Beatles Anthology being released (with several television specials) the week of November 19. The Anthology will include the first new songs by the remaining Beatles with John Lennon's voice. This will be truly a remarkable and historic Beatles event.

Therefore, we thought it would be an appropriate time to launch a BEATLES FAN CLUB and a BEATLES NEWSLETTER in this area. Now that we've proven that there are hundreds of Beatles fans in the area, this would be a good way to keep in touch with you and inform you of our plans and events. As well, this would give you the opportunity to become more directly involved and exchange your thoughts with us and other Beatles fans. The BEATLES NEWSLETTER would carry Beatles news, local and otherwise, etc.. It would come out on a regular basis and may eventually turn into a full-fledged Beatles magazine with reviews, articles, collectors' contacts, upcoming dealers' shows, letters from fans, contests, and special offers.

This column will review interesting Beatles recordings. We will examine both mainstream and underground releases; past and present.

"TO BE EXPECTED" - The Beatles Strawberry Records SAMPLER 001 (PROMO)

Well, it had to happen: a promo release of a bootleg! The good folks at Strawberry Records have provided the Beatles collector with some incredible listening, in the past. George Harrison's "Songs For Patti: The Master Tape Version" and "Beware Of ABKCO"; Paul McCartney's "Unsurpassed Masters Volume One" and "Unsurpassed Masters Volume Two" are four superb studio quality discs. The Harrison recordings are especially clear and crisp. One gets the impression that George is in the room demonstrating his songs, personally, to you.

"TO BE EXPECTED" is not at all what I expected. It is a Beatles sampler disc; a 'best of'' from recent and upcoming "Yellow Dog", "Yellow Cat", "Orange", and "Strawberry" releases. But, it gets worse. Despite the interesting, colour Beatles cover, it really is not a Beatles CD at all. It is mostly a collection of excellent sounding solo stuff and a few snippets of "Let It Be" film rehearsals. The selections are a nice representation of ex-Beatles efforts. If you have never heard any of the songs, then this disk might be a pleasant purchase. BUT, the main problem with this disc is that it truly lives up to be what it says it is - a sampler. That's right, each song is sampled! If you want to listen to a CD of half songs, then this CD is for you. Some of the sampled songs are from the four Strawberry releases mentioned above. Seek these out and get them, if you can. Other songs are from pending releases. If you are like me, you probably will try to find these CDs, too!

In summary, "TO BE EXPECTED" was a disappointment. It clearly had the potential of being a highly desired disc, but proved only to be a dud and a tease.

Unless you read about this release in the Beatles fanzines or saw the British news coverage, you might have missed this Beatles- related release. The CD covers and the CD are very simple and contain virtually no information about the music inside. In fact, many well-known artists contribute tracks to this benefit CD and their names are duly listed on an information sticker. However, one name is missing: Paul McCartney. You will not find his name in the hastily written insert notes, nor is he mentioned in the song lineup. When I purchased my copy, a fuzzy photocopy of the CD song contents was given to me by the store. McCartney does not even receive a songwriting credit for his track contribution: "COME TOGETHER." Together with Paul Weller, he has recorded a new version, of this mostly Lennon-penned song, under the name: THE MOJO FILTERS. Weller assumes the lead vocal throughout, with McCartney reprising his famous Beatles' backing vocal.

Eighteen dollars is a lot of money to spend on one CD for one track for a backing vocal. But, buy this CD to help innocent children survive. There's good music on this disc, too!

Tribute albums often suffer from questionable interpretations or inferior, carbon-copies of known hits. But, this is not the case here. Listening to this CD, one gets an understanding of the meaning of the title: For The Love Of Harry. Everybody here loves Harry. The guest list is impressive; from Randy Newman to Jimmy Webb and Victoria Williams to Jellyfish. Ringo is here too! This time he sings a previously unheard Nilsson song, "LAY DOWN YOUR ARMS" in a duet with Stevie Nicks. Unfortunately, this combination just does not work. Ringo and Stevie hit all the right notes, but their vocals are wooden. The song is not one of Harry's best efforts, but the message in the lyrics is a worthy one.

However, this disc is definitely worth owning. Randy Newman singing, "REMEMBER" and Peter Wolf's version of the expletive "YOU'RE BREAKIN' MY HEART" make this album a must.


In case you missed this year's Convention or would like to re-live this exciting event, we have souvenir photographs and a video available for separate purchase. Please write for details. Also available, are limited quantities of our LIMITED EDITION Ottawa Beatles Convention '95 T-shirts ($12 each) and "Cavern Days" posters ($5 each).