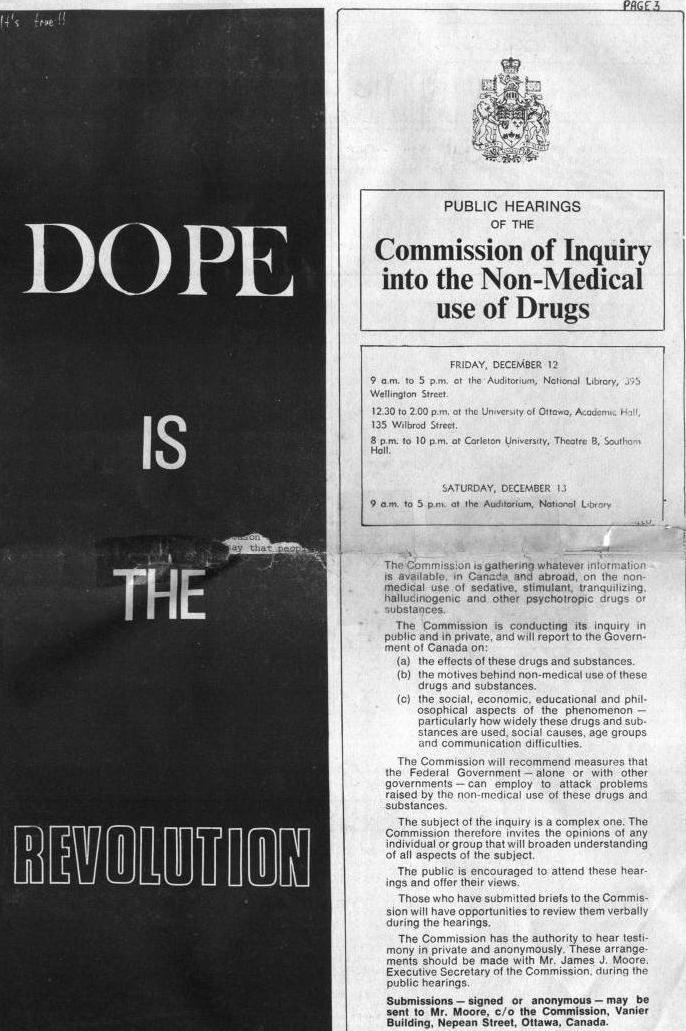 According information found on the National Archives of Canada database the "Hearings of the commission were held in all 10 provincial capitals of Canada and in Saint John, Moncton, Sackville, Trois Rivières, Sherbrooke, Lennoxville, Montreal, Sept-Iles, Baie Comeau, Ottawa, Kingston, Sudbury, London, Thunder Bay, Hamilton, Windsor, Saskatoon, Calgary and Vancouver from 16 October 1969 to 20 November 1970 and 19 February 1971. These included informal sessions held at several universities and at coffee houses in Montreal, Toronto and Vancouver." The Inquiry also heard testimonies from the "Royal Canadian Mounted Police, the Addiction Research Foundation, the Canadian Bar Association, the Canadian Medical Association and other associations. The commission also received valuable assistance from a number of organizations and individuals in the field of the non-medical use of drugs, including law enforcement, officials and officials in treatment centers, in Canada, the United States, Great Britain and other countries."