Based on an inspection that I made while I did these photos, you can pretty much tell up close that the mortar is in desperate
need of repair.  I'm not sure when the last time these cement bricks were given a restoration job, but they look as those they've neglected it for over 35 years or more which might explain why John and Yoko saw some water on the surface of the cement floor as they passed through the tunnel. 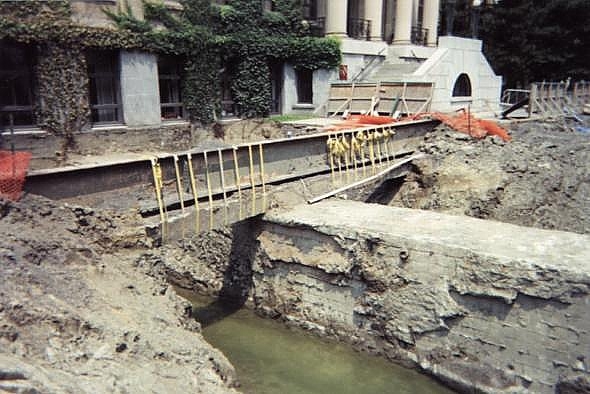 The above photo shows the underground tunnel running in towards the Tabaret building. 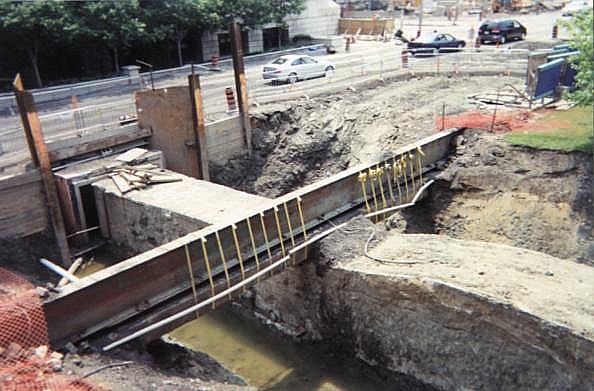 As I mentioned earlier in the photo essay, the Arts Hall was recently built. Prior to its construction, an older tunnel that ran all the way under a parking lot to the Simard Hall where John and Yoko held their Seminar On World Peace. The above photo shows what appears to be a newly built tunnel, probably constructed as the new Arts Hall went up. 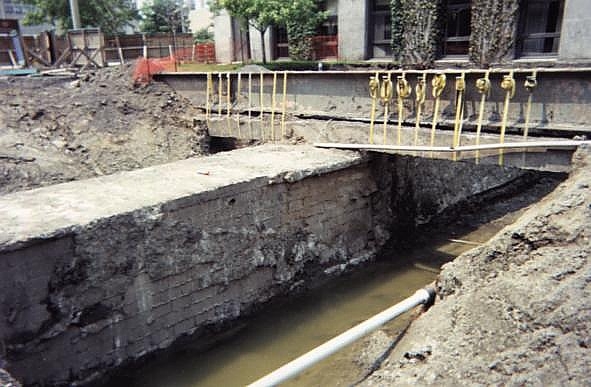 This photo shows just how bad of a repair job the tunnel needs. It is apparent in these photos that construction workers have no intention of destroying the tunnel. In fact, if you look at the plastic strapping, it is supporting an old cement beam that is on top of the tunnel from caving in. If they were going to destroy the tunnel and rebuilt from scratch, they would have collapsed the cement beam right away.